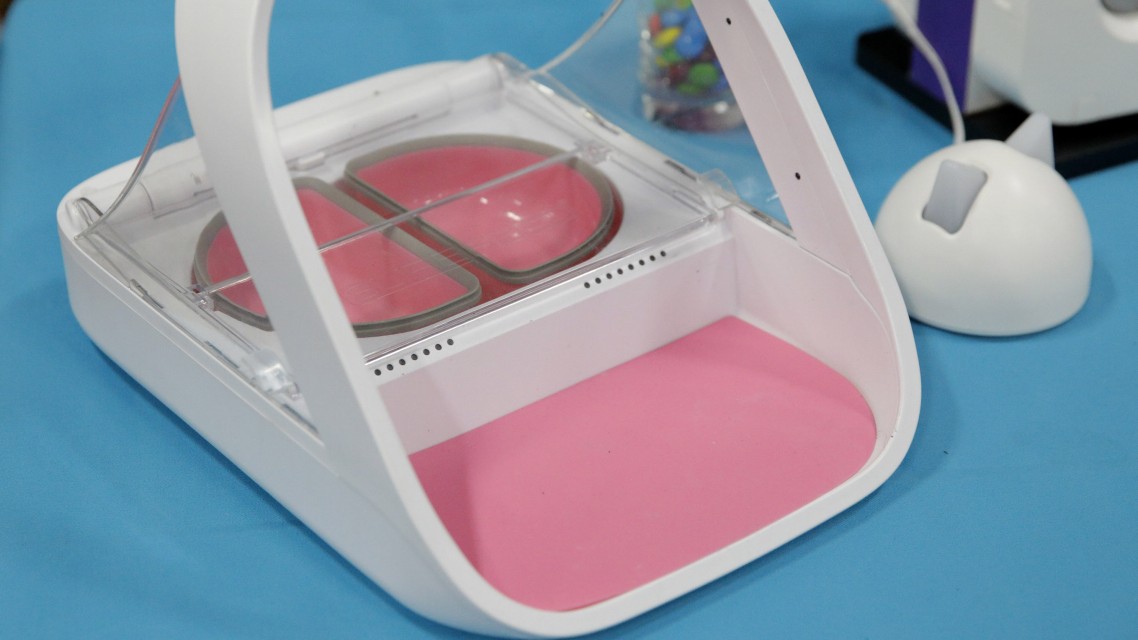 In its allegedly at least 15,000-year history, the domestic animal has had to play a number of roles. It was a hunting and playmate, ornament and exhibit, substitute partner and relationship killer. At the beginning of the new decade, it is becoming increasingly clear that dogs and cats in particular are on the verge of the next leap in development: from comforters to high-tech toys. This is shown by a tour of the electronics trade fair CES in Las Vegas, where dozens of suppliers are presenting their latest ideas for the future of pets.

Judith Bank from British tech provider Sure Petcare is a firm believer that pet owners should get an automatic feeder. The device from your company not only registers when the dog secretly wants to nibble from the cat’s bowl, it also ensures that each animal can only eat as many calories as its master or mistress has set. “60 percent of all cats and dogs that are kept at home are overweight,” says Bank, referring to studies that show that obesity can shorten the life of the cuddly animal by two years or more. “Our product is like Weight Watchers for pets.” The associated app also shows changes in eating behavior and thus possible diseases. But above all: The machine is absolutely incorruptible, no matter how faithful the dog looks.

In the future, business after eating can take place in the Smart Litter Box from ikuddle, a litter box designed like a modern, oversized toaster that absorbs odors and uses an app to tell you how often the fluffy friend has visited. Other manufacturers even allow for a urine test that will tell you if the animal is healthy and possibly genetically related to the sacred ancestors at Queen Cleopatra’s court.

The tech industry also wants to ensure that animal lovers no longer have to feel guilty if they leave their dog or cat alone for many hours during the day. The Danish start-up Go Dogo, for example, offers a game console on which a human trainer appears on the screen and commands such as “Sit!” or “place” there. A camera monitors whether the dog obeys. If he does as requested, he can pick up a treat.

There are also animals – made of plastic, tin and faux fur

Animals that prefer to play outside can chase tennis balls fired from a throwing machine. The dog can get outside through the patio door, which master or mistress can open and close hydraulically from the office and monitor by camera. When you get home, the small hydraulic arm from the US company Wayzn can be easily folded to the side.

Even if you have a garden that is not fenced in, you can let the dog outside. This is made possible by the US provider Spot On, with the help of which the pet owner can draw a virtual fence. To do this, he paces the area that the dog should not leave, the GPS data is stored in the app and in the electronic collar. As the animal approaches the border, the small speaker on the collar emits a tone to remind it to turn back. If the dog doesn’t react, the sound gets louder and more unpleasant. A slight electric shock is also possible. If the animal runs away anyway, it will be located via the app.

However, the CES would not be the CES if, in addition to products for animals made of flesh and blood, conspecifics made of plastic, tin and artificial fur were not presented. Many of them can move their eyes, give paws, imitate animal sounds – and are definitely more than just a gimmick. Some retirement homes, for example, use the robots to care for people with dementia. For some patients, caregivers report, visiting the never bad-tempered animal impersonators is the highlight of the day. 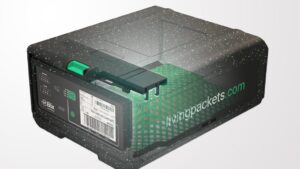 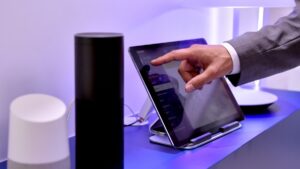 Next post Smart Speaker – house bugged, but no matter – digital