Get out into nature! One is happy to follow the call, not only because the weather urgently suggests it, but because one is reasonably safe from the Sars-CoV-2 pathogen in nature. Where treetops gently sway in the wind, aerosols that could contain viruses must clear up in no time – so much has been learned in the past few weeks. So you can hike through the shady forest, breathing deeply, or lie by the lake, swim a little, and maybe even leave shorts and bikini off altogether. Wonderful. Until it itches.

An insect has rammed its stinger into the skin or indulged in a blood meal with its proboscis. Blood meal, that’s what it’s called in technical jargon, when mosquitoes suckle on people. The old game begins: swelling, redness, itching, and once again trying to keep your hands off it. Because rubbing and scratching the spot will only make things worse. Ah, nature!

The problem is particularly acute this summer, because depending on the area, you’re being flown in and sucked in up to 200 times a minute. An unimaginable number. In the floodplain meadows and forests of the Oder, for example, where there was recently a veritable plague of mosquitoes, the Leibniz Center for Agricultural Landscape Research based in Müncheberg, district of Märkisch-Oderland, has indeed recorded so much. Here it is the Rheinschnake, a so-called flood mosquito, that bites so furiously.

What to do? Spray yourself generously with Autan, Anti Brumm and Nobite. However, such anti-insect sprays never last long on people, who apparently smell particularly tasty for insects. The creams and gels that promise relief after a bite aren’t super reliable either. But what helps surprisingly well is heat, i.e. even more heat. Strictly speaking, a temperature of just under to just over 50 degrees Celsius.

The so-called electronic stitch healers work with these temperatures. You press them on the skin from the outside, they heat up the fresh sting with so-called local hyperthermia so that it doesn’t even start to itch. It works like this: A small ceramic plate is heated. Once the right temperature is reached, the device will beep, then hold the ceramic plate on the bite for three seconds (kids mode) or five seconds (adult mode). It follows: actually no itching!

This is how the Bite Away works, a product from Brehna in Saxony-Anhalt. It looks like a cross between an electric toothbrush and a smart sex toy. In addition to the ceramic plate, there is also a small lamp and two green oval buttons at the top. They should look like insect eyes. Pretty design trick! The device has been on the market for about ten years, has long been part of the standard repertoire of every pharmacy and, according to the manufacturer, has sold almost 2.5 million units worldwide in the past three years. Two AA batteries provide power. They might make the bite away a little difficult.

The Heat-it-Stick is lighter, a brand new product from Karlsruhe that works according to the same principle, only with the difference that the smartphone serves as the power source. In other words, the Heat-it-Stick (29 euros) does not have an integrated battery. It just hangs on the bunch of keys, small like a memory stick. If you’ve been bitten, you plug the thing into the Android phone’s USB-C port, the port you normally use to charge its battery (the iPhone version is due out soon). The heating function is activated via an app and the contact surface is then held on the skin for a few seconds.

A small fried egg under the skin

What happens chemically under the heated spot or how the locally applied heat affects the anesthetic and the blood thinner injected under the skin by the insect does not seem to be clear at all. “For a long time it was believed that heat destroys the protein molecules of these substances. It is now believed that the body’s own histamine, which causes swelling and itching, is reduced,” the magazine wrote fire one in a post about the Heat-it Stick. Almost a pity – because the idea that the injected insect substances are fried under the skin like a small fried egg so that it can no longer itch is quite nice, isn’t it?

Either way, the manufacturer promises that the procedure is completely harmless to health. It feels a bit like it used to be in the club when you sometimes got a lit cigarette on your arm on the crowded dance floor. Yes, uncomfortable. It hurts even more in sensitive areas such as the rolls of fat on the side of the torso. You just clench your teeth. But it’s over quickly.

However, there is one problem: Such a sizzling stick only works really well on the front of the body – if you want to treat yourself with it. If you have a stitch on your back, you would need a mirror and very flexible arms for precise treatment. You really have to hold the ceramic surface exactly on the affected area. It’s different with an itch-relieving gel, which can also be applied over a large area or with a heavy hand if necessary. You catch the important part somehow. With a stitch healer, only precision helps.

Seen in this way, it would be an advantage if you are not completely alone in nature. “Excuse me, could you please heat blast me back here?” or “Please give me this bump after the beep”: sentences that people say to each other this summer. 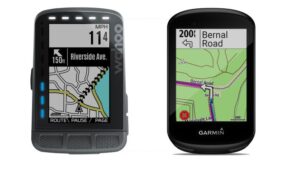 Previous post Roam vs. Edge 830 – What good are the navigation devices for the bike? – Digital 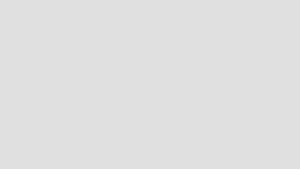 Next post Bracelets against Covid-19: The Liechtenstein Experiment – Digital