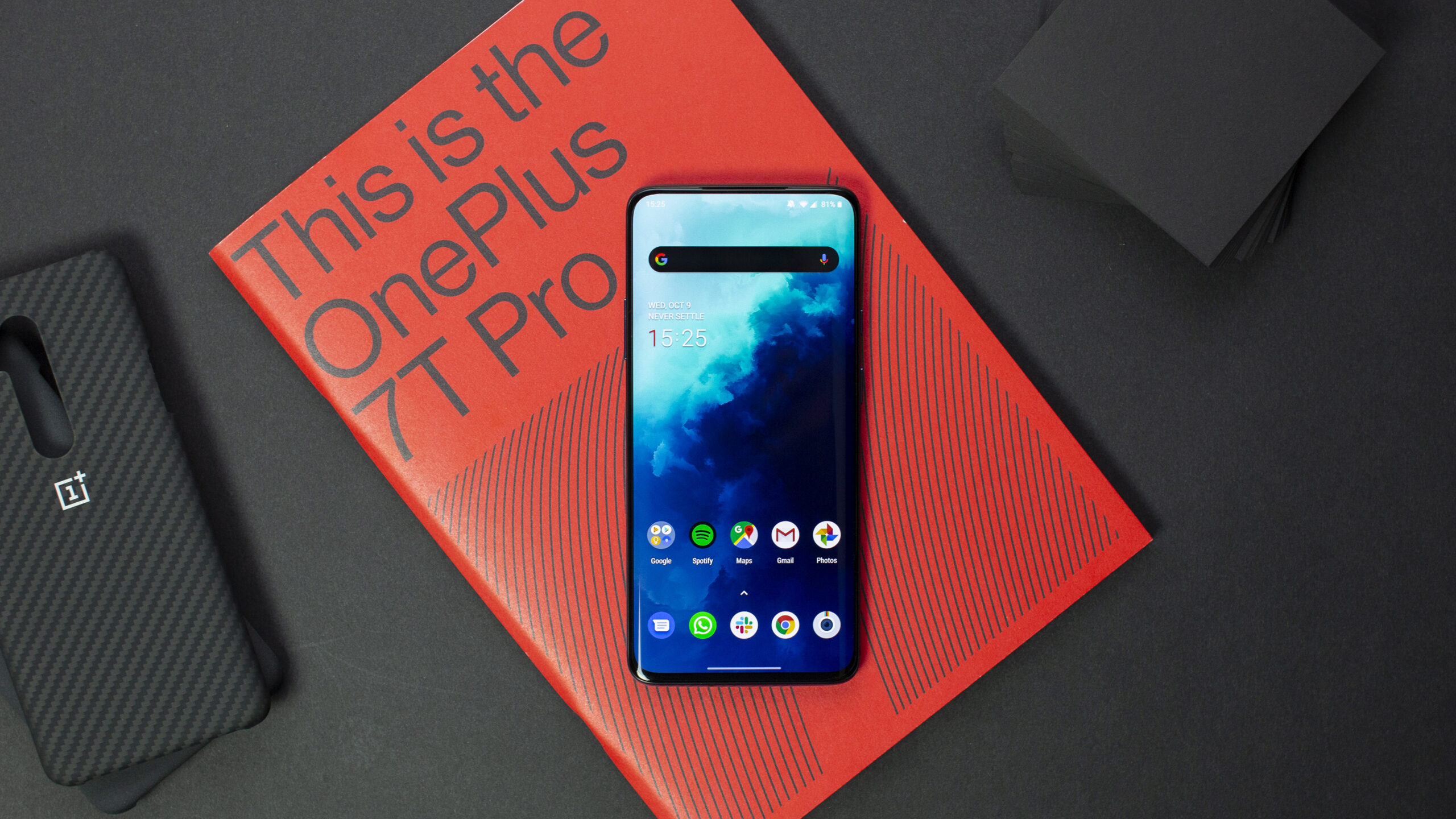 Less than five months after OnePlus presented the OnePlus 7 Pro, the manufacturer is now presenting its T variant. The OnePlus 7T Pro is the brand’s new flagship smartphone, but is it still a flagship killer? We tested it.

Pro pricing for the top model

OnePlus has recently expanded its range of smartphones. Now there are four devices available under the OnePlus 7 name. There was the OnePlus 7 and 7 Pro introduced in May 2019 and now the 7T and 7T Pro. The regular model has already been shown in India, but it wasn’t until the London event that we also got to see the 7T Pro.

The OnePlus 7T Pro is available in Europe directly from OnePlus and Amazon at a price of 759 euros. That’s 50 euros more than the OnePlus 7 Pro introduced earlier this year. What is there for this price? 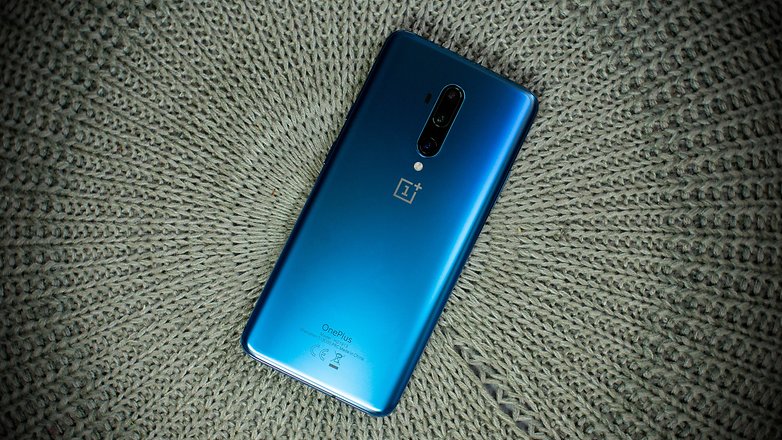 The design of the OnePlus 7T Pro is largely unchanged. / © NextPit

The smartphone looks and feels as you would expect from a modern flagship. The AMOLED display is curved at the side, as is also known from Samsung’s Galaxy models. The popular alert slider, a trademark of OnePlus smartphones, is still on the right side of the phone, above the power button. The SIM tray, which accommodates two Nano SIM cards, can be pulled out from below.

You really have to look very closely to find any differences between the 7 Pro and the 7T Pro, but they’re there: the laser focus on the back of the phone, for example, has moved out from inside the camera module and is now sitting to the left of it. The reason for this is a mystery to me.

In terms of feel and build quality, OnePlus has maintained its own high standards with the 7T Pro. The design might not be the most eye-catching in the smartphone fashion show we’re living through. But the phone is well made, feels solid and I have little to complain about. OnePlus calls the color Blue Haze.

Unlike the regular 7T, which has a notch, the 7T Pro still has a pop-up selfie camera. So you can enjoy the 6.67-inch AMOLED display in all its glory. Since using the Oppo Reno 10x Zoom and Mi 9T Pro, I’ve become a proponent of pop-up cameras. 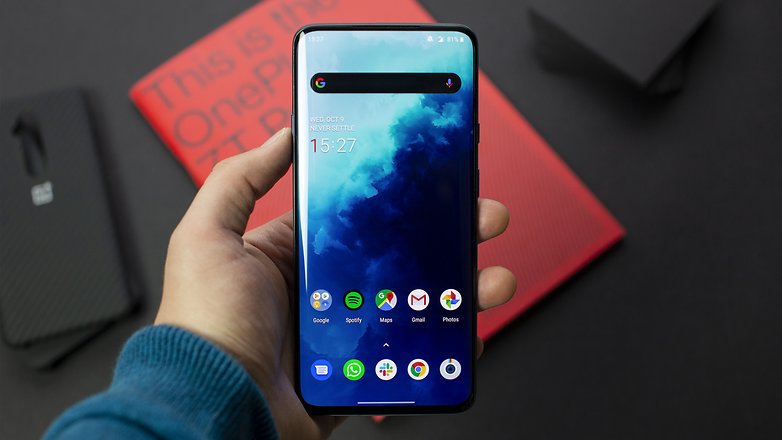 It’s the same QHD+ display that the regular 7 Pro has. That’s good because it’s a fantastic display. Most notable at first is the 90Hz refresh rate. It seems like a trivial thing, but once you get used to it, it becomes hard to go back to slower displays. Remember watching TV on a standard TV after getting used to HD? It’s the same here.

The resolution is set to 3120 x 1440 pixels (516 ppi) by default, but you can switch to FHD+. There is also an option to automatically switch between the two resolutions based on what the smartphone is displaying. The Horizon Light feature, which uses the curved edges of the display as a kind of notification LED, has also made it to the 7T Pro. There have been reports that the Android 10 update is causing problems for OnePlus 7 Pro owners. We didn’t notice any of that on the 7T Pro.

OnePlus was quick to launch its latest version of Oxygen OS based on Android 10 this year. The latest software update brings some UI improvements. There are more design options for colours, designs and icons as well as new animations for the in-display fingerprint scanner and the layout of the lock screen. These new options are now grouped under a new customization section in the settings menu.

OnePlus also announced at the launch event in London that the new version of Oxygen OS is coming for older smartphones. The OnePlus 5 should be able to install Oxygen OS 10 from the second quarter of 2020. The OnePlus 6 and 6T will even get the new software next month.

There are also camera app updates and a new game mode. We have summarized the innovations in an extra article for you:

The new gesture controls are very reminiscent of Android 10’s native gesture controls. For me, switching between a Google Pixel and the new OnePlus 7T Pro was seamless in terms of gesture navigation.

OnePlus has a reputation for offering fast smartphones. This is certainly a reason for many users to opt for a OnePlus smartphone. The OnePlus 7T Pro features the Snapdragon 855 Plus, along with 8 GB of RAM and 256 GB of UFS 3.0 type hard drive. The 10-layer liquid cooling system of the OnePlus 7 Pro is also installed here. 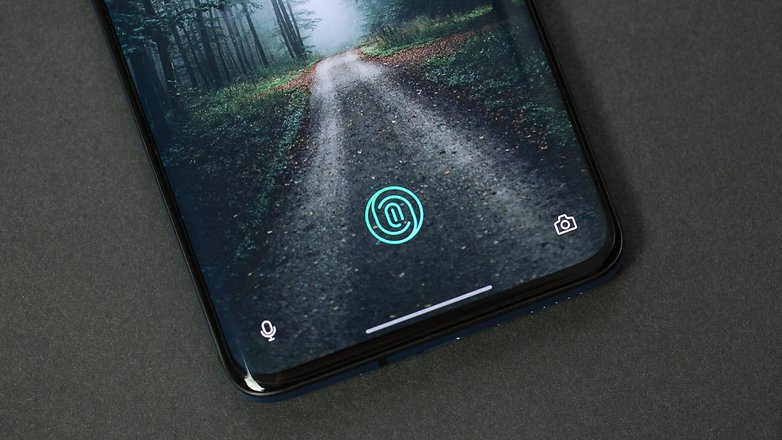 The fingerprint sensor is under the display. / © NextPit

The combination of Oxygen OS, the powerful processor and the liquid cooling system makes the OnePlus 7T Pro a powerful powerhouse. Additionally, the 90Hz display makes the operation feel even smoother. In our first test, everything ran smoothly, whether it was multitasking, the camera app, or trying to push the device to its performance limit. If you are looking for a fast smartphone with fast software, OnePlus is still the right choice.

The OnePlus 7T Pro is equipped with stereo speakers and supports Dolby Atmos. There’s no headphone jack and no USB-C to 3.5mm dongle in the box. But of course Bluetooth headphones can be used. Another industry trend that OnePlus has also embraced. The sound of the OnePlus 7T Pro is good. I particularly liked how easy it was to connect the OnePlus Bullets Wireless 2 to the 7T Pro. Dolby Atmos is always a bonus, but I would always recommend headphones if you want to listen to music or watch a movie on your smartphone. 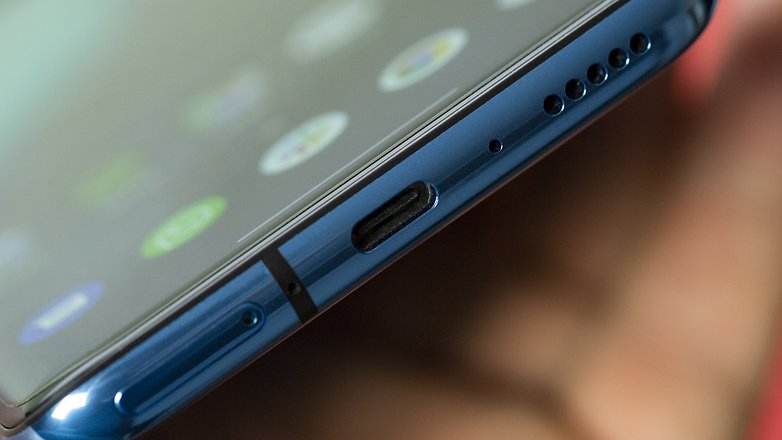 USB-C port and speakers on the bottom of the OnePlus 7T Pro. / © NextPit

The camera of the new OnePlus 7T Pro is largely the same as the 7 Pro. OnePlus has done a lot of work on the software side with the seventh generation of its smartphones, a trend that the manufacturer continues with the new model. The camera equipment of current smartphones is becoming more and more similar, since more and more tasks are being taken over by the AI. The pop-up selfie camera is a 16-megapixel sensor with an f/2.0 aperture. The rest of the configuration looks like this: 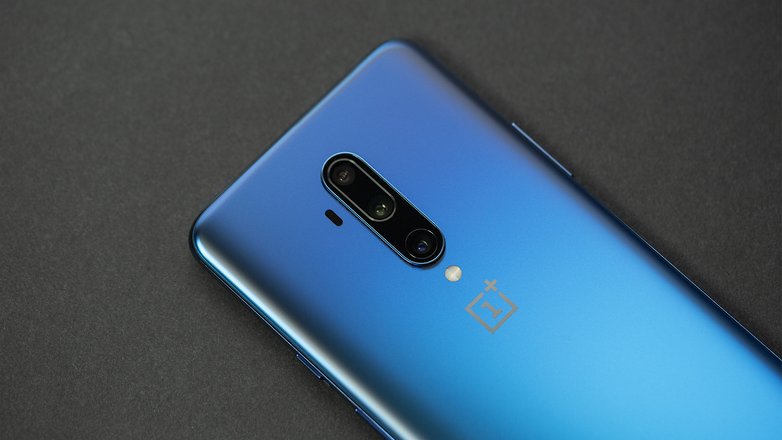 While the hardware looks familiar, the software has changed quite a bit. Thanks to the latest version of Oxygen OS based on Android 10, new ultra wide angle modes are available. Without any hacks, the ultra wide-angle mode and the night mode can also be used for videos.

The photos taken with the OnePlus 7 Pro were already good and the OnePlus 7T Pro delivers similar results. Our test showed that OnePlus changed the camera significantly between the 6 and 7 series. Between the 7 and the 7T, on the other hand, the differences are not great.

With the new macro mode you can take pictures of objects that are 2.5 cm away. That’s a good feature though. But it is also present on the normal OnePlus 7T. OnePlus has also revised the photo app to better organize your photos using AI. For privacy reasons, this is done on the device itself, not in the cloud.

The OnePlus 7T Pro is a good camera smartphone, but it takes a back seat. Most users will be satisfied with the quality of the images. But in a direct comparison with the Huawei P30 Pro or the Google Pixel 3, you can see the difference between “very good” and “top camera”.

The battery in the OnePlus 7T Pro is slightly larger at 4,085 mAh compared to the 7 Pro at 4,000 mAh. Having a bigger battery is also one of the reasons to choose the 7T Pro over the 7T. The 3,800 mAh in the standard version isn’t much smaller, but with the QHD+ display and 90 Hz every milliamp hour counts 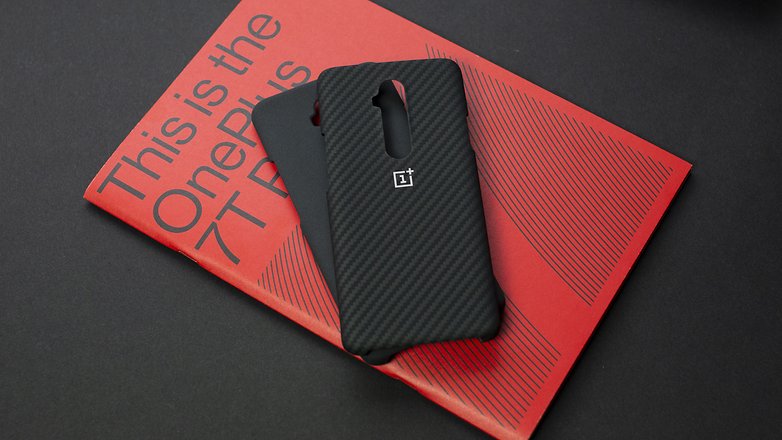 OnePlus also introduces a new fast charging technique. Warp Charge 30T is said to be 23 percent faster than Warp Charge 30. The numbers are pretty impressive, with a full charge taking less than an hour. In the test, it took half an hour to charge the OnePlus 7T Pro from 13 to 84 percent. Another 10 minutes later the battery level was at 92 percent.

The OnePlus 7T Pro is a small upgrade over the regular 7 Pro. Anyone who has that will probably not switch. Rather, it is another smartphone in the current OnePlus product range. Every provider seems to be following this trend. However, while the OnePlus 7T is a big upgrade over the regular 7, the differences between the two Pro models are very small.

The OnePlus 7T Pro is a smartphone for those who want to upgrade from the fifth or sixth generation of OnePlus devices. However, not a smartphone for owners who already have a 7 Series model. In this case there is no reason to switch. The biggest thorn in the side of the OnePlus 7T Pro is the OnePlus 7T. This has almost identical functions and costs 599 euros. Those who opt for the 7T Pro essentially pay 160 euros more to have a pop-up camera instead of a notch.

To the device database 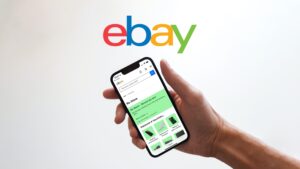