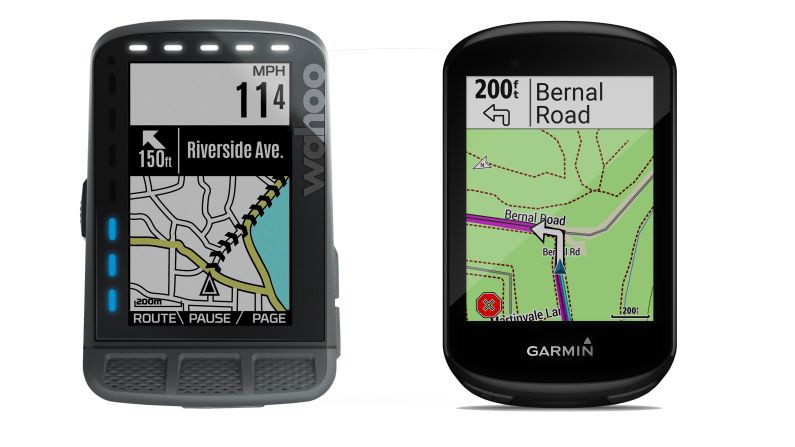 In times of Corona, the bicycle is experiencing an upswing. And of course: If you cycle a lot, you also want to know where you are going. It is therefore not surprising that navigation devices for bicycles are also selling well at the moment. Two products that are often compared are Garmin’s Edge 830 and Wahoo’s Elemnt Roam. They cost a similar amount at around 350 euros, but differ significantly. That starts with the outside. While the Wahoo is rather robust with its thick, rubberized buttons, the Garmin device looks more elegant. Significantly smaller housing with almost the same size screen, which, unlike the Roam, also reacts to touch. When switched on, the Garmin display also looks brighter and friendlier, while on the Wahoo, with its black and gray look, it evokes memories of the old Casio pocket calculators despite colored sprinklings. But that will still be discussed.

First, there is the amazement that the Roam arouses right after switching it on and before loading a first map update. He claims that his memory is full. He has two gigabytes (GB) available for maps, but the new map of Germany alone needs 1.4 GB. It doesn’t help that the Wahoo stores a lot of maps, albeit in less detailed form. In order to be able to install the update, they have to go. Incidentally, the Garmin with its 16 GB does not have such problems.

Soon after, you learn that bicycle navigation systems, unlike their colleagues in the car, are quite dependent. To work well, they need the support of apps on the phone. The two devices can certainly find their own way, but this is intended more as an emergency solution. Rather, users should compile their routes in apps such as Komoot or Strava and then transfer them to the device. The apps from the manufacturers, which are also needed, mainly take care of the settings on the navigation system and the sporting issues: evaluating the driving data, the heartbeat or the calorie consumption. In general, navigating between all the workouts and training tasks that the apps are about seems more like a side task.

At least: If the routes are saved on the devices, which is done quickly, both devices do their job confidently and with a battery life of around 16 to 20 hours. The Wahoo is particularly easy to deal with. The selection menus in the app and on the device are simple, you can put together the individual display pages in a variety of ways and they are then easy to read both in the glaring sunlight and in the shade. Not only because the glass is anti-reflective and a black-grey look also looks pleasantly reduced, but because the route is also displayed with lavishly dimensioned arrows that move through the screen like a caterpillar. Impossible not to recognize them.

The Garmin, on the other hand, feels like a memory game with its many menus, sub-menus and sub-sub-menus. Many functions are terrifically hidden and sometimes obscure the fact that the navigation system can do a lot more than the Wahoo. Starting with such simple functions that routes and settings can be saved separately for mountain bikes or racing bikes, through to the option of integrating third-party apps on the device. The display is sometimes not as easy to read as that of the Wahoo, especially when driving against the sun – sometimes it also seemed overloaded. But as is so often the case with Garmin, the same applies in this case: somewhere there is a submenu in which everything can be regulated.

The touchscreen of the Garmin also has the great advantage that the displayed map section can be moved as desired while driving and thus shows the further course of the route as well as possible alternatives. The Wahoo, on the other hand, only changes its map section with the help of a zoom button. Even with imagination, nothing useful can usually be seen on the tiny screen. Of course, you can also deviate from the route if you are lucky – the Wahoo handles this well: There is a warning tone and a row of LEDs eagerly warns in red – and within seconds a new route is displayed with blue arrows, which lead back to the old route leads.

The Garmin, on the other hand, reacts stunned to such maneuvers at first, insists on an immediate turn and sometimes takes a long time to determine a new route. Garmin has solved this better with other devices. On the other hand, the Edge 830 usually copes better when you return to the planned route elsewhere and thus skip parts of the route. The Wahoo then sometimes gets tangled.

Alone: ​​With both devices you can easily reach your destination. The Wahoo remains the loyal buddy on the ride, who can almost always be relied on, but whose capabilities are sometimes limited. The Garmin often surprises. He even offers himself willingly as a virtual sparring partner. But he can also wear you out with his games of hide-and-seek in the menus. Exhausted, you then think: But that’s enough now. 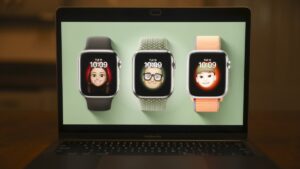