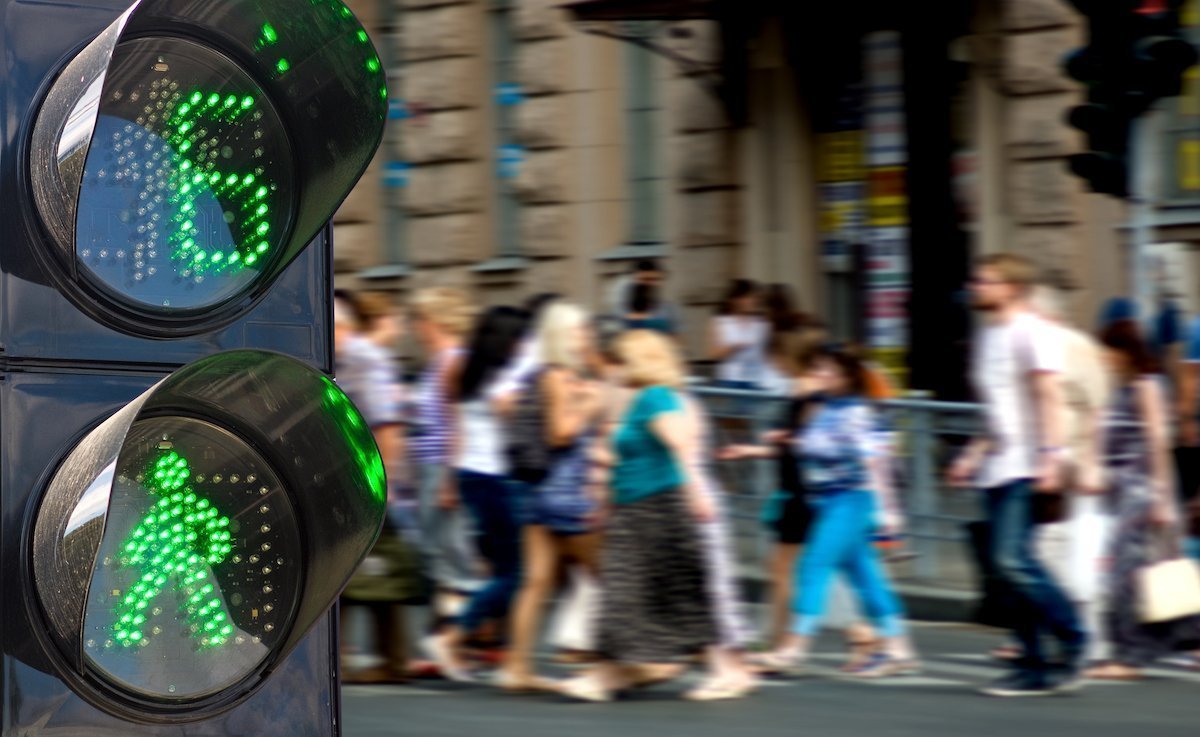 Thanks to a project commissioned by the Vienna city authorities, smart traffic lights will replace those with a push button for the pedestrian to stop traffic. They will be able to recognize the intention of people before crossing the street.

In Vienna there are about 200 push-button pedestrian lights (signalized pedestrian crossings). They allow pedestrians to cross the road safely, but only after a waiting time, which is annoying for many people. This often results in pedestrians not waiting for the green phase, but walking in a different direction or crossing the street when the lights are red. For some people, the push button lights are an invitation to activate the green phase as they pass by, just for fun. Something that annoys car drivers, who have to stop at the intersection even though no one is crossing the street.

This is a project commissioned by the Municipal Department 33 of the City of Vienna – responsible for urban lighting, traffic lights, clocks and public WiFi – to researchers at the Institute for Computer Graphics and Vision at TU Graz, who have developed a new traffic regulation system intended to replace the push button system.

The innovative camera-based system recognizes the pedestrians’ intention to cross the road and turns green automatically. In addition, it optimizes the flow of traffic.

Horst Possegger, from the Institute of Computer Graphics and Vision, explains it through two examples: «The green phase can be extended in the case of large groups of people, which require more time to cross the street. And if people leave the “waiting area” before the lights have turned green, this is also passed to the lights. Afterwards, the traffic lights do not change to green and there are no unnecessary waiting times for motorized traffic.”

Traffic lights with a tracking camera as a basis

The main feature is a camera mounted on each pedestrian signal. While standard industrial solutions only cover a field of view of two by three meters, this system perceives people within a field of eight by five meters. Recognizes who wants to cross the street in seconds. “It takes a second to estimate intent: after two seconds, the estimate becomes reliable,” explains Possegger. Subsequently, the system signals the desire to cross the road on behalf of one or more persons to the pedestrian light controller. The latter decides when the lights should change, just like a traditional push-button system.

“Using the current settings, our system signals that you want to cross for three to four seconds before you hit the button,” says Possegger.

Horst Possegger knows that this all sounds very simple, but “two years of intensive research were necessary due to the complexity of the requirements”. The hardware had to be large enough for a powerful local computer, but at the same time small enough to fit in traffic light switch box. Accuracy and efficiency was a main goal of the software. In addition, the traffic light was also equipped with a monitoring system that can immediately report faults. “It is a double protection. The system was developed in such a way that it can work 24 hours a day even in a harsh environment and can also deal with voltage fluctuations,” explains Possegger.

Using global movement models and recorded data, the research team developed learning algorithms that recognize the intention of pedestrians to cross the street.

Possegger dispels any concerns about data protection. Although the image data is absolutely necessary to detect pedestrians, including children and people with umbrellas or buggies, the images are only analyzed locally and do not leave the camera. The light pedestrian traffic system works exclusively with the geometric information from which a possible desire to cross derives.

Implementation of the traffic lights at the end of 2020

Knowledge transfer is currently taking place from the researchers to Günther Pichler GmbH. The company is responsible for installation in the Vienna city area and will replace the button lights with the new camera system in select locations by the end of 2020 for evaluation purposes.

Pedestrian safety at crosswalks is an area that needs immediate improvement, especially given that 52.9 percent of pedestrian traffic fatalities in the past five years occurred at crosswalks.

It is difficult for drivers of motor vehicles to respond quickly to the sudden appearance of pedestrians on roadways based on visual identification alone.

Ensuring pedestrian safety is even more difficult at night, when visibility is low, and in the case of children and the elderly, who may have limitations in their ability to judge oncoming traffic. Recently, there has been an increase in the number of traffic accidents involving pedestrians crossing the street while looking at their smartphones.

In fact, a new term “phone-rani” (smartphone + gorani, which loosely translates as “deer in headlights”) has been coined to describe such pedestrians.

The system uses warning lights and electrical signals to notify drivers of people in the crosswalk. The thermal imaging cameras used in the system are less sensitive to changes in lighting intensity during day and night than other cameras, and are excellent at identifying people and objects. When the system recognizes a pedestrian approaching the crosswalk, high-intensity LED lights embedded in the pavement are activated on both sides of the crosswalk. These LED lights maintain a brightness level of 220 cd/m 2 , which are visible from 50 meters away, but not bright enough to interrupt the driver’s field of vision. When a vehicle is within 30 meters of the pedestrian crossing, an electronic signal (VMS) flashes to alert the driver once again that a pedestrian is crossing.

Testing of approximately 1,000 vehicles at the system’s test site showed that 83.4 percent of vehicles, including those that came to a complete stop in the crosswalk, noticed pedestrians and slowed down.

On roads where the speed limit is 50 km/h, when vehicles approached the crosswalk with pedestrians, the average speed of the vehicles dropped to 26.8 km/h, indicating that drivers were slowing down to almost half the speed limit. Compared to the 20 mph average speed of vehicles approaching the same crosswalk prior to the system’s installation, the system helped reduce average vehicle speed by nearly 20 percent.

When a vehicle moving 10 km/h or faster approaches the crosswalk, a projector (logojector) projects a warning image on the ground. An auditory alarm system goes off Y a smartphone app warns the user through vibration and alarm notification. This three-way warning system is expected to be especially effective for the elderly, who often look down at the ground as they walk, children, who are less aware of oncoming traffic, and pedestrians using smartphones. .

Dr. Jong Hoon Kim of KICT, who is in charge of the research project, said, “We expect outstanding results when the system is installed at junctions without traffic signals and junctions on rural roads, where the rate of pedestrian accidents is high. . We intend to continue developing the system so that drivers can be notified of upcoming junctions through their navigation apps, and vehicles can automatically slow down when dangerous circumstances are detected.” 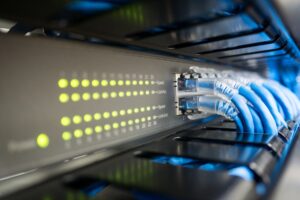