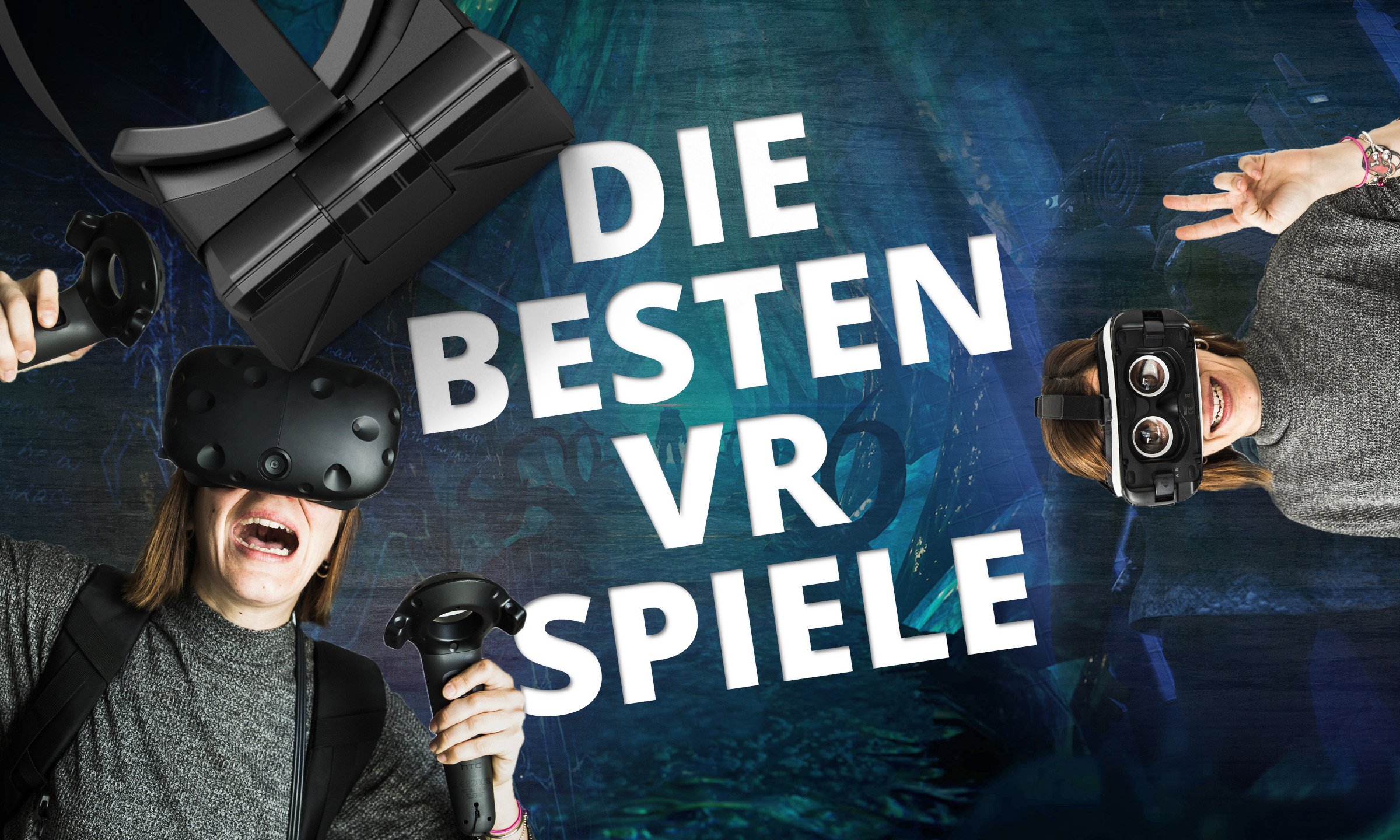 Virtual Reality – VR for short – is supposed to be the big thing in the video game sector and several manufacturers already have their own VR glasses for consoles, PC and Android on offer. Numerous VR games for Android smartphones are already available in the Play Store and the Oculus Store. With us you can find out which are currently the best VR games for Android.

Jumps directly to the section

Which VR glasses and VR platforms are available for Android

Android users currently have the choice of purchasing their VR games from three platforms. Cardboard and Daydream are from Google. They differ in that Daydream predefines properties of smartphones, which makes for a better VR experience. There are no mandatory specs for Cardboard. The Play Store is the right place to go for both platforms.

Gear VR is a collaboration between Samsung and Oculus. However, only high-end smartphones from Samsung fit into the Gear VR glasses. The Oculus Go does not require any fiddling: it is a standalone VR headset that is compatible with most Gear VR games. Gear VR and Oculus Go content is only available on the Oculus Store.

Of course you need a suitable smartphone to immerse yourself in the virtual worlds. If your smartphone is already a few years old, then you should consider buying a new one. You can find the requirements and supported smartphones for Daydream on Google.

When the tie fighters roar and the lightsabers hum, you’ve landed in the Star Wars universe. It’s now part of the Disney kingdom, and they’ve given VR fans a great Star Wars app. Although it is not a classic game, it offers a lot of things that invite you to try them out.

With Star Wars in VR, you won’t miss any news remotely related to Jedi, the Empire and everything around it., Check out all the characters including their vehicles and weapons, enjoy trailers and Star Wars movies produced especially for VR. Videos, take selfies as Princess Leia, train your lightsaber skills against a small practice drone – the possibilities are enormous. It’s worth trying out and it’s free.

It’s always 12 noon: The Arcslinger is a colorful sci-fi/western mix with shooter elements in which we shoot our way through waves of strange enemies. We have to reckon with resistance: the opponents have axes, lead balls and dynamite in their arsenal.

The player can learn “Arc Magic” powerups to spice up the usual look’n’click gameplay. ArcSlinger relies on pretty cartoon-like graphics. ArcSlinger is available for almost all platforms including Oculus Rift and SteamVR.

So Let Us Melt is one of the more amazing VR games for sure. The game scores less with demanding fights or puzzles, but gradually sucks you into the history of Kenopsia. You play a custodian, a machine that can sing and converse with a drone.

As the game progresses – which is almost more of a meditative experience – a story unfolds that deals with the essential things in life: love, friendship and so on. So Let Us Melt is not a game for action enthusiasts, but more for VR players who want to experience a good story.

So Let Us Melt

Virtual Virtual Reality takes you, as the name suggests, into a virtual virtual world. So not only do you have a real VR headset on, you also experience many adventures in VR in the game itself. You use the services of the company Activitude, which became a global corporation with artificial intelligence and virtual reality.

You quickly realize that all that glitters is not gold. Immerse yourself in Virtual Virtual Reality and learn what became of the fictional startup – allusions to our time are certainly not entirely coincidental.

Action is the order of the day at Hunters Gate. The world has been invaded by demons and in this action role-playing game you must fight them back and – as usual – save the world. This is fun and graphically impressive. Role-playing elements ensure that your character gets stronger over time and learns new skills.

Thanks to the Daydream controller, you quickly got used to the controls. You look at what’s happening from above, which is good for comfort when playing – you don’t have to endure too much virtual movement.

In Gunjack 2 you play a mercenary on the mining platform Kubera on the outer edge of our solar system. Your task: fend off attackers, because pirates are very interested in the mined raw materials. So you sit down at a cannon and shoot the attacking spaceships from space.

You have an immense arsenal of weapons at your disposal. The controls take a little getting used to at first. The game is action-packed and fast, but thanks to the fixed seating position there are no problems with nausea. Gunjack 2 is also available for Gear VR.

End Space is probably THE ultimate space VR shooter for the Gear VR. With its gorgeous graphics, immersive environment, and polished sci-fi story, there’s no reason to avoid this game. End Space is also available on Oculus Rift, PSVR and the Oculus Go.

Total freedom of movement in VR space can feel a bit disorienting, but once you can navigate your Minos Starfighter, you’ll be feeling like a pilot blowing up enemy fighters in no time.

Keep Talking and Nobody Explodes

A player puts on the headset and is confronted with a randomly generated bomb. It has wires and buttons. The other players don’t have a headset on, but they do have instructions on how to defuse the bomb. So the VR player explains the bomb to the players and hopes that the other players will give him the right instructions. Only together can you successfully pass Keep Talking and Nobody Explodes.

Download Keep Talking and Nobody Explodes on the Oculus Store

With an isometric tabletop view reminiscent of classic point-and-click PC gaming, Augmented Empire stands out from the crowd from the start. But apart from the visuals, this turn-based tactical RPG also stands out for its well-developed story. You guide a party of six characters through a dystopian cyberpunk city descended into Victorian levels of inequality and dysfunction, uncovering a surprisingly deep plot along the way.

Rich storytelling and top-notch voice acting make Augmented Empire one of the best VR games out there. Although the controls and mechanics are relatively intuitive, a controller is recommended for the best experience.

Land’s End by the makers of Monument Valley ustwo is more for friends of jigsaw puzzles. Specially designed for the Gear VR, you should awaken an ancient civilization in this game. You don’t need a controller because ustwo has come up with its own operation.

Graphically, Land’s End is kept abstract, the virtual landscapes are inspired by many remote areas of the world. Action fans will not be happy here.

Wands is a VR multiplayer game. You find yourself in a fictional London of the 1880s. However, there is magic – and you play a so-called wielder. You equip your wand with relics that enable you to cast spells such as fireballs, lightning attacks or meteor attacks. Movement in the game only takes place via teleport, otherwise you aim by moving your head.

There is no real story – instead, Wands focuses on battles against other players. However, before a fight against real opponents via the Internet, some training is recommended – on the one hand to internalize the operation, but on the other hand to find stronger magic spells.

It is operated either via game controller or Gear VR touchpad. The new Gear controller is also already supported. There are also Wands in the Google Play Store. Even PC gamers with a VR headset can play Wands: Wands has since been released for the Vive and the Rift.

The VR gaming market is packed with shooters and on-rail experiences, but Whispering Eons does things differently. It’s a story-driven adventure game set in a cyberpunk future (and let’s face it, there’s probably more than a small intersection between VR and cyberpunk fans).

Whispering Eons has an exciting storyline, immersive music and tons of atmosphere, and it’s completely free and ad-free. The only downside is that it’s quite short, but hopefully the developer will continue this “Episode 0” with a full-fledged series.

You need a thick skin for the VR game Sisters, because this is a scary shocker. Dark corners, horrible looking dolls and frightening details lurk all around you. Sisters controls are easy and quick to learn.

Just in time, just before Halloween, you can train your goosebumps with Sisters, because the story is a bit short according to the taste of some testers, but it’s really exciting. We don’t want to anticipate anything, just take a look for yourself – if you dare…

Virtual reality newcomers in particular can immerse themselves in the new 3D worlds with InMind VR. You move on a journey through the human brain and are looking for neurons that can damage the brain.

While the whole thing starts off quite comfortably, InMind VR gets pretty fast and quite tricky over time, and that with a really nice look and free of charge.

Which VR games inspired you? We are looking forward to your comments. 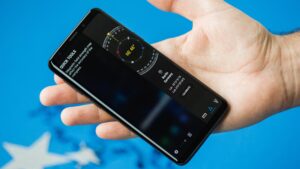 Previous post Galaxy S9: Everyone should know these tricks