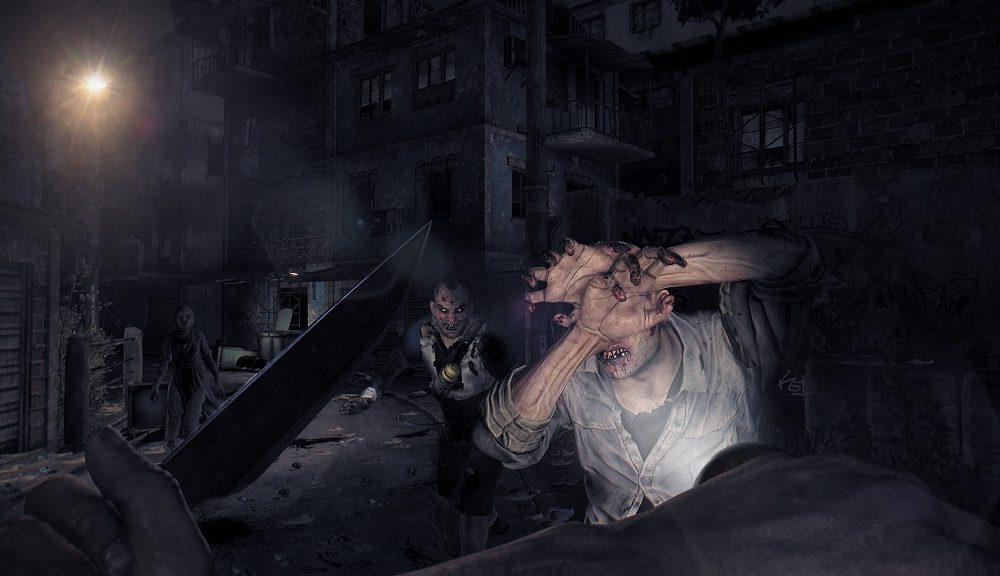 Zombie games have managed to maintain their appeal for many years in a row, although we can say that after a small loss of popularity during the past decade they have managed to come back stronger never.

It is possible to find a large number of zombie games on practically all the platforms that exist today, and if we look back and include the previous generations we could do a huge list.

However, not all of them have the same quality and they are not essential either, so we wanted to make a special article in which we will leave you with a selection of ten zombie games for PC and consoles that we liked a lot and that you should not miss.

In this list we have made room for titles dedicated to the zombie theme both exclusively and combined with the supernatural and pure terror, although the first is always present to a greater or lesser extent.

As always you can leave in the comments your recommendations and opinions. Without further ado we begin.

It is one of the best zombie games that I have had the opportunity to enjoy in my entire life. The open world concept coupled with parkour and “realistic” approach having this title makes it a jewel and makes it a must for any lover of the “brain eaters”.

On a technical level it is a delight since it presents a fantastic graphic finishrich in details and outstanding in both character modeling and scenery, texturing and effects in general.

Special mention deserves the day-night transitions and the challenges that await us in the darkan element that gives the game a clear touch of terror and provides a unique experience. 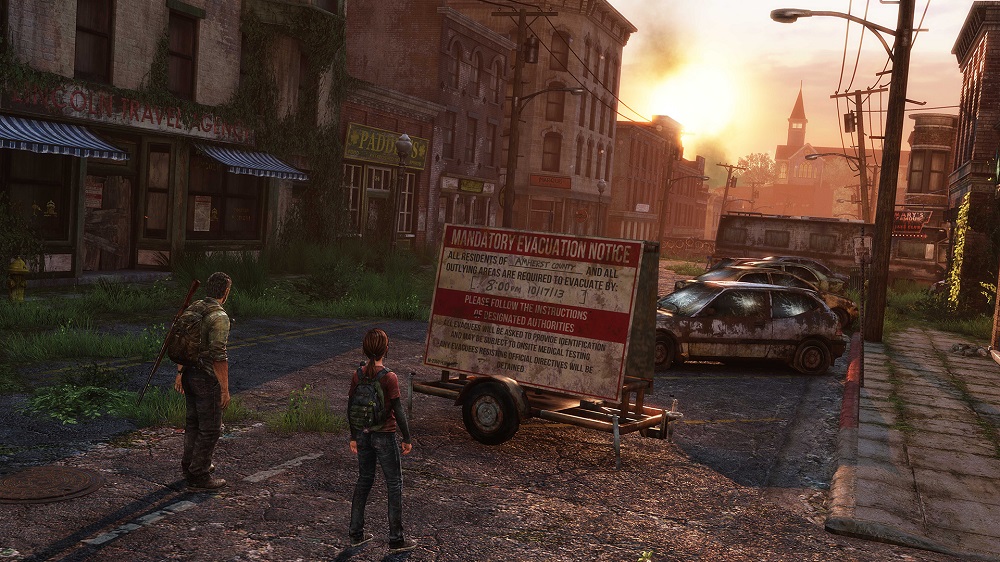 In this title the zombie concept receives a small twist but it fits perfectly with the basic idea of ​​it. Unlike the previous one, this game takes place in the third person and has a technical finish that we cannot consider as new generation.

Nevertheless its graphic quality is excellent (especially in the remastered version), the setting is sublime and the enemies have a design that will give you goosebumps on more than one occasion.

Outstandingso much so that it remains one of the great reasons to buy a PS3-PS4. 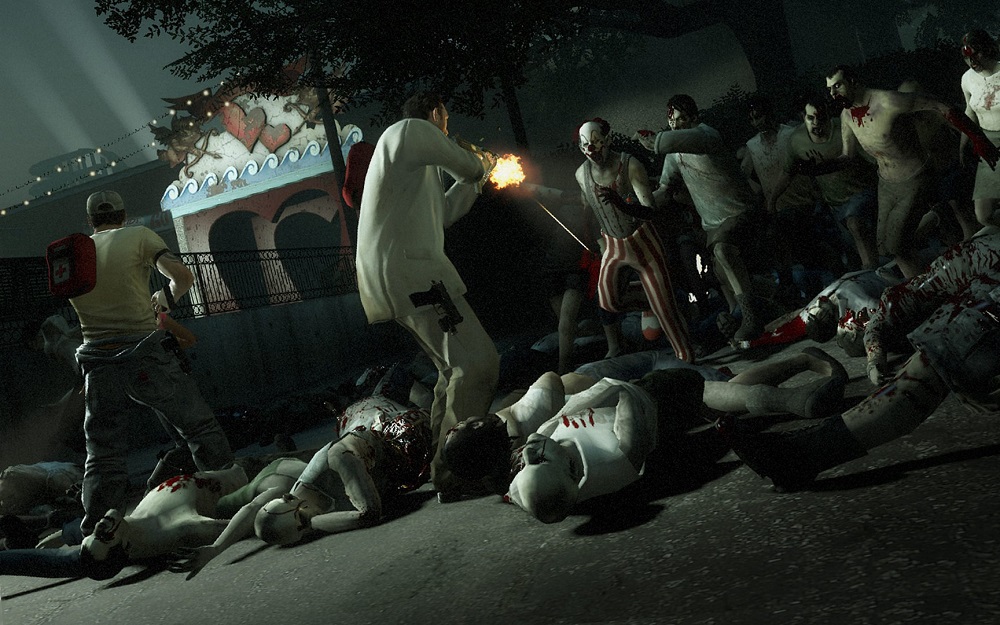 We put both games because they deserve it. Valve did an excellent job with the Left 4 Dead franchise and marked a true turning point in the genre, betting on the frantic first person action with a “movie” approach.

In both games the frenetic action prevails as we have said but multiplayer orientedsince we need our teammates to be able to face the legions of zombies that will besiege us throughout each level.

Absolutely recommended and with a technical finish that follows holding up very well Over time. 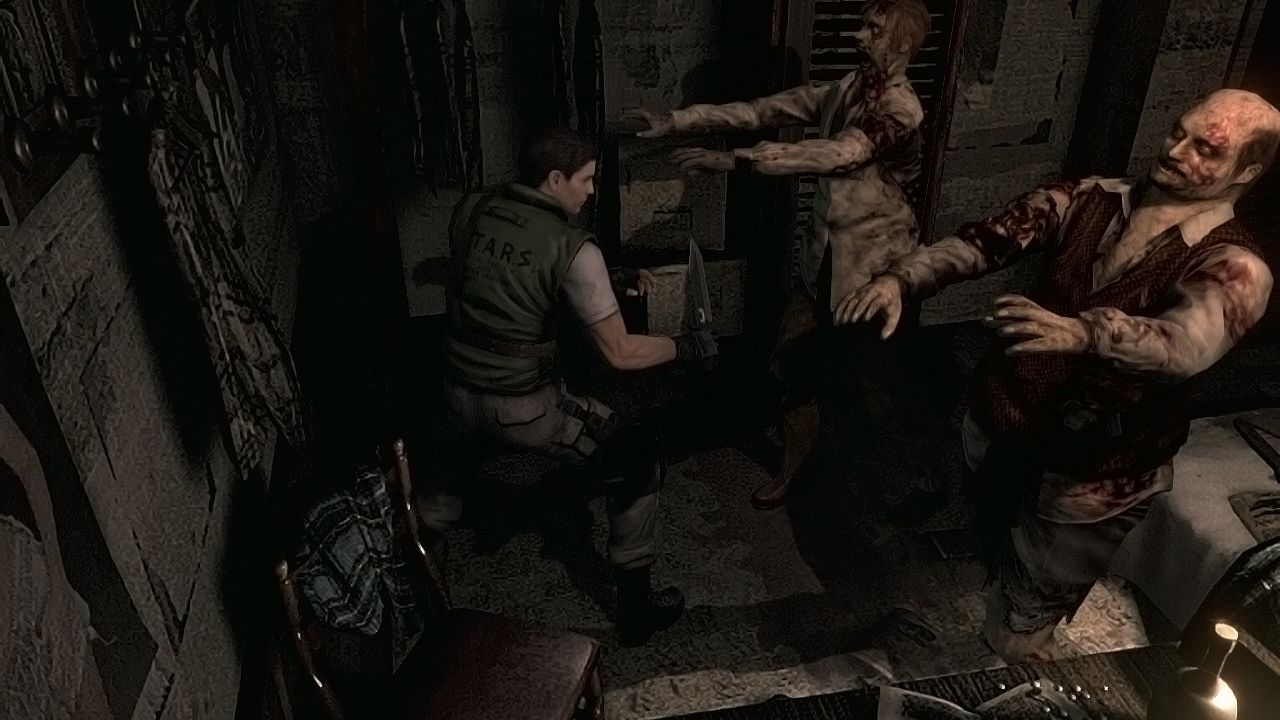 The remastered edition of the classic that debuted on the GameCube as a kind of reboot of the 1996 original has become one of the best zombie games in history on its own merits.

The approach of this game is identical to that of the original, which means that we find ourselves with a development in the third person, fixed cameras and the well-known union of characters and objects in 3D together with pre-rendered scenes.

On a technical level, the result is excellent and the combination of small doses of action with puzzles and scares round the set. 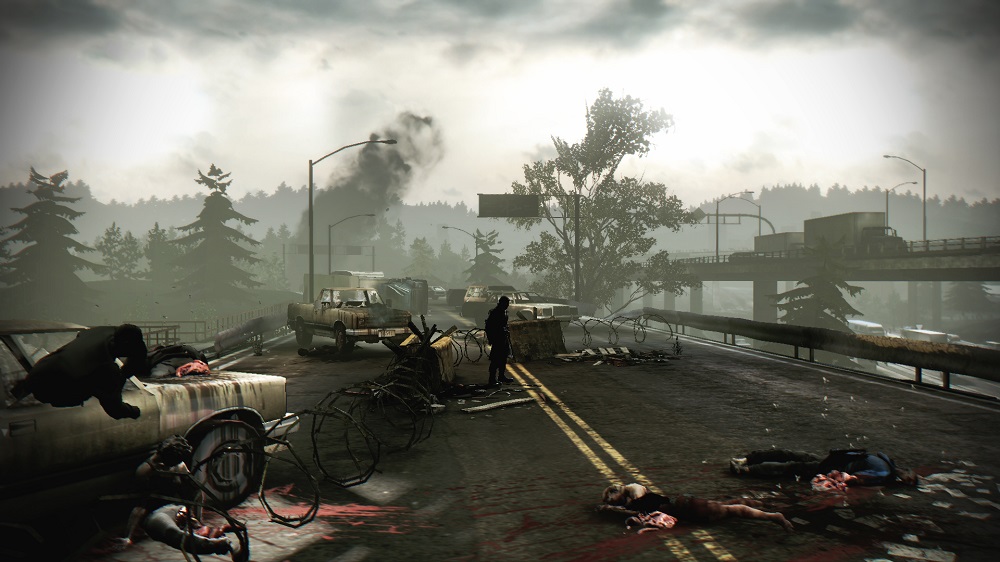 A quite original game that recovers the concept of legends like flash backalthough with an important update that is noticeable both in the animations and in the graphic quality in general.

Despite its apparent simplicity and the combination of a 2D development with three-dimensional scenarios The game has a very good graphic quality. The setting is also excellent and the gameplay is fast and uncomplicated.

Quite a challenge with an original approach and a hidden story a final surprise Which obviously I’m not going to reveal to you. Essential. 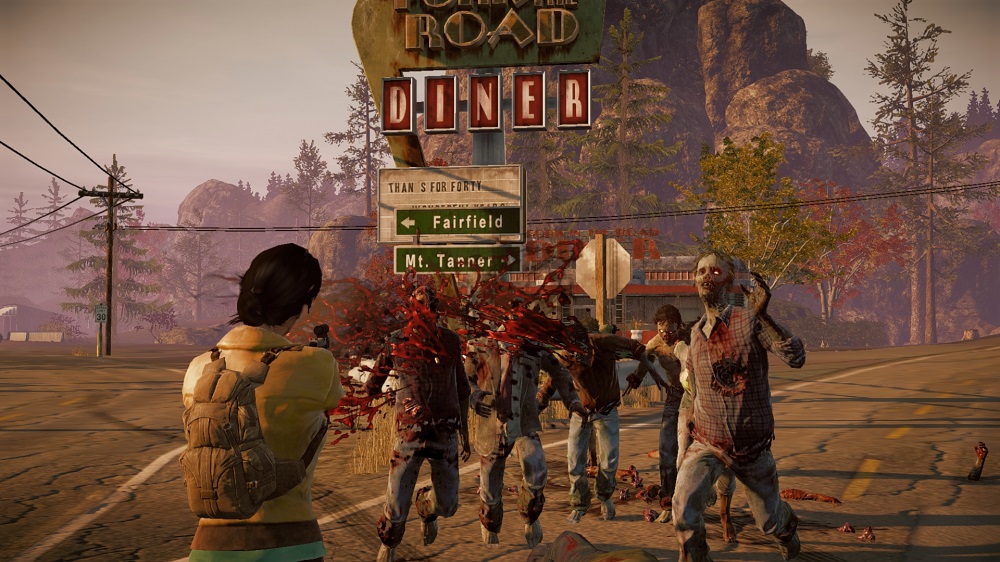 This game presents us with an interesting combination of ideas that define it as a kind of GTA focused on a zombie apocalypse. The technical finish is quite good, the setting is very careful and it has a simple but effective gameplay.

The day and night cycles are very well resolved and the sensation of Constant tension when we go out to explore it is noticeable throughout the game. The action matters, but we can’t go killing zombies like a “headless chicken”, since there are legions in that vast open world that State of Decay presents us and we will not come out well if we try.

A title that was truly unique at the time, since it proposes us to face a legion of zombies inside a shopping center that we can walk almost freely.

Its technical finish was superb at the time, although it has not aged well at all. This is noticeable in many ways, but once we get into the game and we let ourselves be carried away by its possibilities ends up staying in the background.

Hours and hours of fun in one of the great Capcom classics. You shouldn’t miss it. 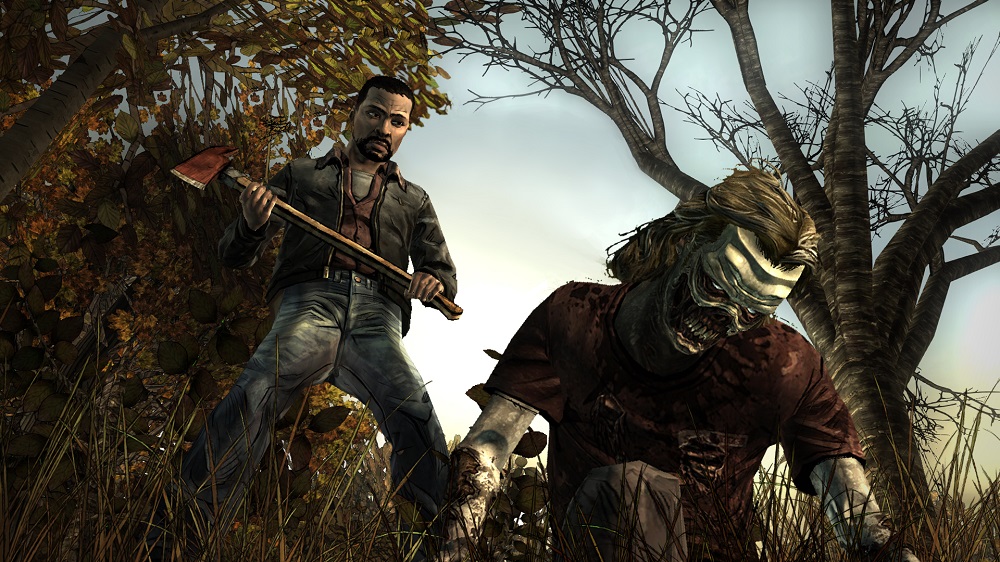 The Walking Dead graphic adventure released by Telltale Games deserves a special place on this list. It’s not a cutting-edge game on a graphic level, in fact it’s possible to enjoy it on fairly modest smartphones, but it delivers on a technical level and is outstanding in other aspects.

One of the most important is the story, well narrated and with moments that will remain etched in our memory. We will have to make decisions that will irreversibly affect its development, and at the same time we will create links with characters that will end up dying, or maybe not…

A work of art that every zombie game lover should have in their collection. 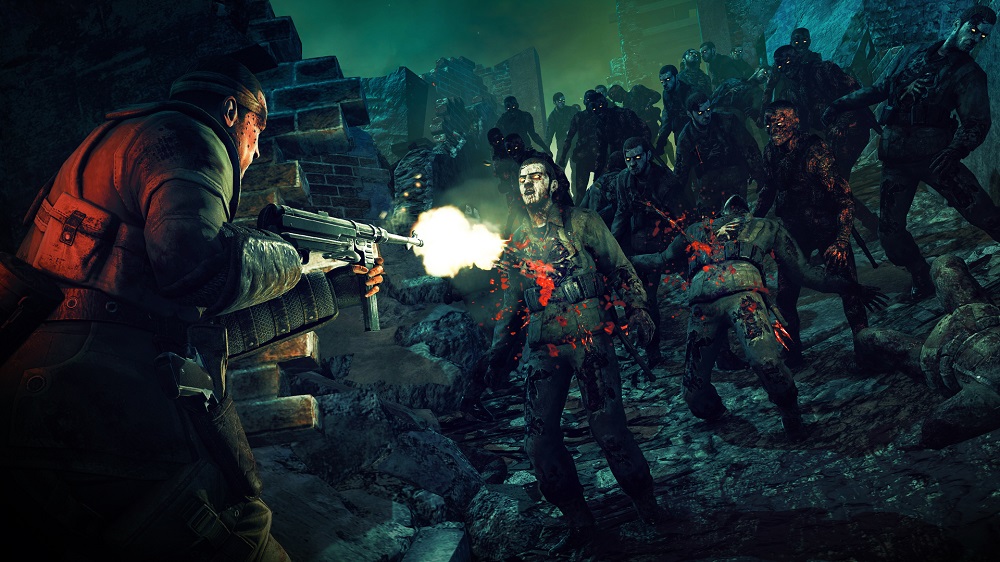 A title with a frenetic and action-packed development that allows us to “live” the Second World War from a unique perspectivesince in the alternative universe that serves as the basis for the game, the Nazis have returned to the fray turned into zombies.

Both the graphic quality in general and the setting they scratch at a high level, and the legions of zombies that will constantly attack us generate a feeling of constant tension that will force us to adopt specific strategies if we want to stay alive.

Highly recommended, especially if you like non-stop action and level development based on overcoming waves of enemies. 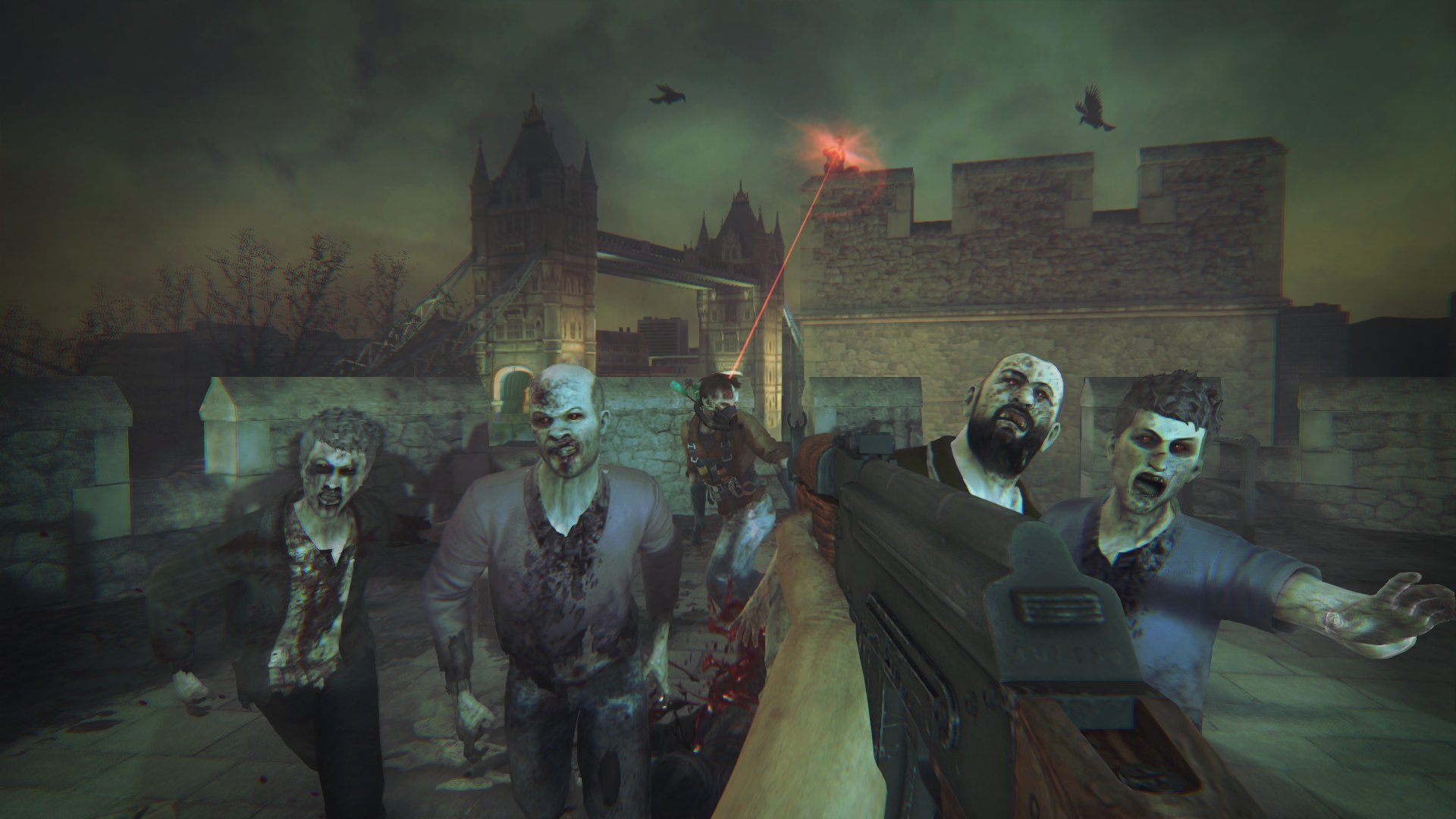 It was one of the great launch titles for Wii U, although it was later extended to new generation consoles and compatible ones as well.

Despite the fact that it is not a truly state-of-the-art game, the graphic quality is very good and it performs wonderfully, although the most interesting thing about Zombi is its approach as “pure” survival horror.

This will lead us to experience moments of authentic tension and will force us to be careful with every step we take and every decision we make.

Previous post How to create an index in Microsoft Word 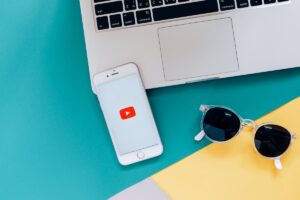